Economics, Not Policy Mandates, Drive the Growth of Renewables

“For the windpower purchasing agreements we’re looking at about $2m a year [in] savings, averaged over the term of the contract.”
– Rob Threkhold, Global Manager for Renewable Energy at GM[1] 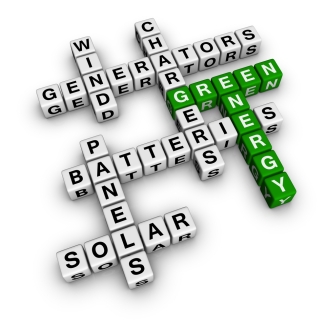 Certainly some of this is driven by policy mandates including renewable portfolio standards. But more and more, growth of renewables is being driven purely by cost considerations. The result is that utilities and retail providers are buying renewable power simply because it is the low-cost source of supply, and many large corporations are contracting for long-term renewables supplies as a means of hedging against future increases in the cost of electricity.

One way of measuring the cost of new supply sources is to look at the levelized cost. This methodology takes various factors including variable operating and maintenance costs, fixed operating and maintenance costs, forecasted fuel costs, capital costs and assumed capacity factors to determine the average overall $/MWh cost of generating electricity over the life of a source of generation. For this discussion, we will use an analysis by Lazard[5], which is updated annually. The numbers below show the estimated levelized cost for various technologies as of November 2015.

Note: Costs do not include integration costs for variable resources (which Lazard suggests may cost an additional $2 to 10/MWh) nor carbon emissions costs, which depending on future regulatory and market developments, may range from $0 to 40/MWh for coal and $0 to $20/MWh for gas combined-cycle (many planners assume a future carbon cost in the range of $20/MWh for coal and $10/MWh for gas combined-cycle). Natural gas and coal generation is sensitive to future changes in fuel prices, and this analysis assumes a coal price of $2/MMBtu and a gas price of $3.50/MMBtu.

So we can see that even without subsidies, wind power comes in as the low-cost source of electricity. And utility-scale solar is in the ballpark of cost effectiveness with coal and nuclear but doesn’t have the environmental issues associated with coal and nuclear[6] nor the high capital requirements to build a nuclear plant.

At the end of 2015, the U.S. Congress reauthorized Investment Tax Credits (ITC) for solar power and Production Tax Credits (PTC) for wind power[7]. Let’s take a look at what the levelized costs looks like with these in place:

Note: It should be noted that the assumptions used to generate these costs are not exactly synonymous with the final bill passed by Congress, but are close to what was approved.

Now it is entirely clear why utilities are increasingly choosing renewable power as a source of new capacity and why corporate energy buyers are choosing to enter into long-term purchase power agreements for renewables power. Even without renewable portfolios or a carbon price, such transactions simply make economic sense. Given the numbers, we can expect renewable power to continue its rapid growth rate, and all energy market participants must plan future strategies assuming that renewable power is here to stay.

Enerdynamics was formed in 1995 to meet the growing demand for timely, dynamic and effective business training in the gas and electric industries. Our comprehensive education programs are focused on teaching you and your employees the business of energy. And because we have a firm grasp of what's happening in our industry on both a national and international scale, we can help you make sense of a world that often makes no sense at all.
View all posts by Enerdynamics →
This entry was posted in Electricity, Renewables and tagged Electric Capacity, Electric Output, Energy Policy, Renewable Energy, Utility Business. Bookmark the permalink.