The U.S. has traditionally been a natural gas importer that depends on pipeline supplies from Canada, and, to a lesser extent, amounts of gas via LNG tanker. 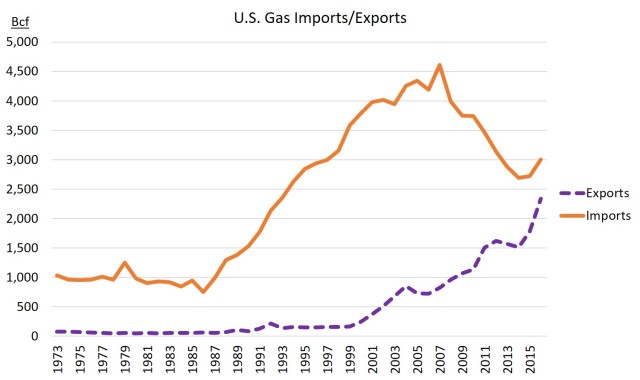 But in recent years the shale gas boom has resulted in increasing pipeline flows into Mexico and Canada, and, beginning late last year, growth in LNG exports. As of mid-2017, the EIA projects that the U.S. will become a net exporter of natural gas.

Net Exports Are Expected to Grow in Three Ways

This fundamental shift is expected to intensify in the coming years: 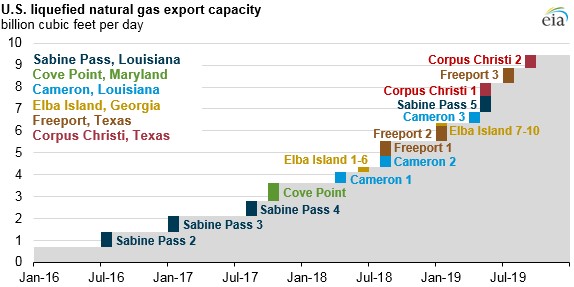 The EIA Short-term Energy Outlook for August 2017 forecasts 2018 exports of almost 4,000 Bcf.  To give you a sense of magnitude, this equals more than 80% of forecast residential demand or almost 50% of industrial demand. So, there is no doubt that exports are becoming significant.

Impacts on U.S Consumers Are Uncertain

Clearly the growth in exports will be a benefit to gas producers who will see markets expand. Classic economics tell us that as demand grows, prices must increase. But interestingly, given the current belief in robust gas supplies, the forward gas price does not reflect such an expectation: 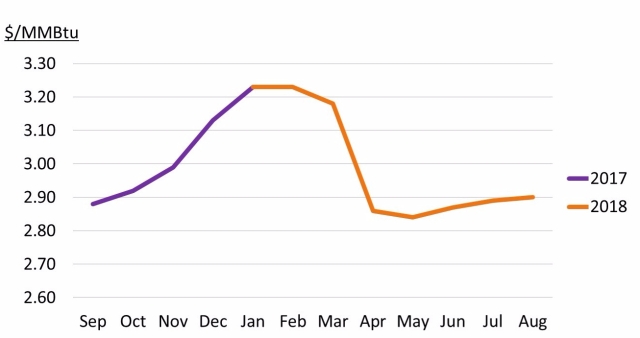 Studies on the pricing impact of exports are varied. A 2015 study performed for the U.S. Department of Energy concluded that “in every case, greater LNG exports raise domestic prices and lower prices internationally.”[1] But a 2012 NERA study suggested that the increases would be small due to market factors:

“Natural gas price changes attributable to LNG exports remain in a relatively narrow range across the entire range of scenarios. Natural gas price increases at the time LNG exports could begin range from zero to $0.33 (2010$/Mcf). The largest price increases that would be observed after 5 more years of potentially growing exports could range from $0.22 to $1.11 (2010$/Mcf).”[2]

Industrial consumers in the U.S. are not convinced. The Industrial Energy Consumers of America (IECA)  group recently sent a letter to Secretary of Energy Rick Perry expressing concerns that growing exports will negatively impact U.S. manufacturing. Others have suggested that while overall price levels may not go up much, price volatility will grow significantly, thus subjecting U.S. consumers to severe price risk.

Many factors will impact future prices of gas including growth of gas-fired power generation (perhaps following by declines in use for power generation if renewables continue to grow), growth in industrial demand, levels of exports, amounts of domestic production, and global natural gas price levels. After many years of historically low natural gas prices in the U.S., we must carefully watch developments in the coming years.

Enerdynamics was formed in 1995 to meet the growing demand for timely, dynamic and effective business training in the gas and electric industries. Our comprehensive education programs are focused on teaching you and your employees the business of energy. And because we have a firm grasp of what's happening in our industry on both a national and international scale, we can help you make sense of a world that often makes no sense at all.
View all posts by Enerdynamics →
This entry was posted in Natural Gas and tagged Global Natural Gas Markets, Liquefied Natural Gas, LNG, Natural Gas Exports, Natural Gas Markets. Bookmark the permalink.