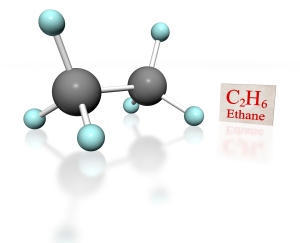 States. But barely mentioned in the discussion is the fact that Natural Gas Liquids, or NGLs, are key to keeping the  shale gas boom going.

NGLs — the hydrocarbon components extracted when natural gas is processed — are  critical to creating enough revenue for producers to keep exploring and drilling even when natural gas prices are low. So to understand the future of shale-driven natural gas markets (say for instance, you want to know whether the U.S. could feasibly send LNG to Europe to reduce its dependence on Russian gas), you also need to have some understanding of liquids markets. Key pieces to this understanding include:

So…what are NGLs?
Natural gas liquids (NGLs) include ethane, propane, butane, isobutane, and pentanes. As indicated in the following chart from the Energy Information Administration (EIA), the various liquids have different uses and are sold into varying markets:

Gas wells with a significant amount of NGLs are often called “rich plays.” NGL content is commonly measured in gallons per thousand cubic feet of gas (GPM). Dry gas contains around 1 GPM. Rich gas plays are usually considered to have at least 2.5 GPM, and really rich wells may be as high as 9.0 GPM. Here are some examples of GPM for rich gas shale plays:

Why are NGLs critical to the economics of shale?
Let’s look at the expected revenue from a well with a fairly robust liquids output of 5 GPM. Based on pricing for the various commodities that can be sold and assumptions about the percentage of each hydrocarbon in the gas stream, the revenue per MMBtu might look like this:

As you can see in this example, 40% of the value is created by NGLs. And in recent times when natural gas prices were lower, NGLs might make up more than 50% of the value. Thus, for a producer deciding whether and where to drill, the potential liquids revenue stream is critically important.

Why the future of liquids markets is hard to predict
Unfortunately, NGL markets are much less transparent than other energy markets and are poorly understood by all but a few insiders. Factors that must be considered include:

This discussion is but a mere introduction to the intricate relationship among NGLs, shale gas, and the natural gas industry as a whole. The important point, however, is that the shale boom cannot be fully understood without also recognizing and understanding NGLs and the game-changing economic ties they have to shale gas.

Enerdynamics was formed in 1995 to meet the growing demand for timely, dynamic and effective business training in the gas and electric industries. Our comprehensive education programs are focused on teaching you and your employees the business of energy. And because we have a firm grasp of what's happening in our industry on both a national and international scale, we can help you make sense of a world that often makes no sense at all.
View all posts by Enerdynamics →
This entry was posted in Natural Gas and tagged Hydraulic fracturing, Natural Gas Fracking, Natural Gas Liquids, Natural Gas Markets, NGLs, Shale. Bookmark the permalink.