Those in the natural gas industry are very aware of the natural gas supply surplus in the U.S. Articles fill industry trade newsletters and mainstream media. Additionally, there are numerous blurbs outlining big future demand draws such as incremental electric 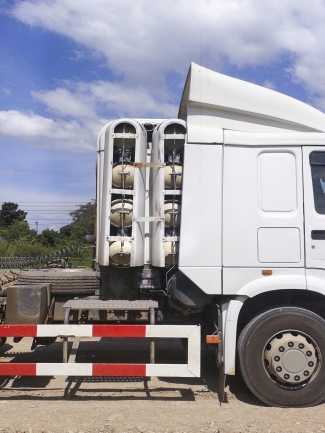 However, there is another tranche of growing demand considerations that hasn’t stole as many headlines but has the potential to permanently raise the demand level. This “other” demand category, or stealth demand, can be divided into two major components: production demand and transportation demand. This article’s focus is on transportation demand.

While CNG cars and buses have been around for decades, they have typically been concentrated in urban areas for fleet use and intercity transportation. Existing natural gas vehicle fuel demand is miniscule in comparison to other gas customer groups. The new transportation demand is focused on LNG. The demand may come from three different sources: fuel for long-haul freight trucks and heavy equipment, fuel for trains, and fuel for marine vessels.

Historically, all of these engines used diesel fuel. But with today’s oil and gas prices, experts estimate the savings to convert from a gallon of diesel to the equivalent amount of LNG is about $1 to $1.50 per gallon. For heavy-duty trucks and heavy equipment, the conversion payback is less than three years.  Companies like Caterpillar and GE have opened divisions to convert and/or build LNG-powered heavy equipment to serve this growing market.

GE is also building and testing LNG conversion kits for its Evolution diesel locomotive line. Even though the Evolution line significantly reduced emissions and provided some fuel saving, the LNG conversion could cut fuel costs by about 50%, further cut CO2 and NOX levels while also increasing range between fueling. The Canadian National Railway already has two LNG locomotives in service as part of its LNG pilot program.

Limited refueling infrastructure has presented a major obstacle to its widespread use as a fuel. Shell is investing significantly in freight truck and marine fueling infrastructure. The company announced an agreement with TravelCenters of America, a major truck stop operator, to build LNG fueling lanes at up to 100 of its sites along the interstates. Shell has also announced the construction of micro LNG plants in the Gulf Coast area to fuel marine traffic as well as fleet services.

With several well-capitalized companies working along the full gas value chain, it’s possible that natural gas could be the vehicular fuel of choice for heavy transport in decades to come.

Enerdynamics was formed in 1995 to meet the growing demand for timely, dynamic and effective business training in the gas and electric industries. Our comprehensive education programs are focused on teaching you and your employees the business of energy. And because we have a firm grasp of what's happening in our industry on both a national and international scale, we can help you make sense of a world that often makes no sense at all.
View all posts by Enerdynamics →
This entry was posted in Natural Gas and tagged Compressed Natural Gas, Liquefied Natural Gas, LNG, Natural Gas, Natural gas industry, Natural Gas Markets, Natural Gas Prices, Natural gas supply. Bookmark the permalink.