Belief in electric retail choice continues to be split in the U.S. with no consensus among the various states. But industrial customers in states without choice continue to look for 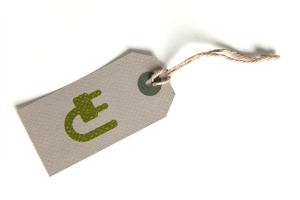 options. Discussions about retail choice are active in the both Indiana and Michigan.  Here is what is going on in each state.

Indiana
Indiana’s industrial electric rates have jumped from 5th lowest to 25th in the last few years causing the state to lose its historic low-cost advantage.

Governor Mike Pence’s energy advisor, Dan Schmidt, told attendees at the Indiana Energy Conference on Nov. 5 in Indianapolis that the state would “have a conversation” on the issue as part of the forthcoming state energy plan. He noted that the rise in the state’s ranking in electric rates sparked some customers to push for retail choice.

Chris Olsen Tate and Lyle (a large corn processor in Lafayette) had told the Legislature’s Regulatory Flexibility Committee in September that rising electricity costs are the single largest deterrent to expanding its Indiana operations. Since 2011, electricity prices in Illinois and Ohio (which allow retail choice) have declined relative to those in Indiana.

Dr. Ken Rose (appearing for the Indiana Energy Association) said there appears to be no clear benefit to customers from retail rate restructuring at this time. Recent price decrease in restructured states could quickly reverse if natural gas prices increase again.

The legislature reconvenes in January, and word on the street is that legislation is expected.

Michigan
After a year-long process, the PSC and the state energy office released a report on Nov. 20 that included an evaluation of the merits of expanding retail choice from the current 10%, which applies only to the lower Peninsula. The report on electric choice was sent to Governor Rick Snyder.

“Michigan’s hybrid electric choice structure (where choice is capped at 10%) is unique in the nation,” said PSC Chairman John D. Quackenbush and Michigan Energy Office Director Steve Bakkal.  “As a result, it exhibits characteristics of both a regulated and deregulated electric market.”

The final report is available on the Michigan.gov/energy website.

The Energy Choice Now Leadership Council, a new group that supports lifting the 10% retail choice cap, formed a steering committee that will work with Governor Rick Snyder and lawmakers in Lansing to end Michigan’s “monopoly-style electric market that prevents competition and has led to the highest energy rates in the Midwest for families and job providers.”

Electricity prices went up an average of 2.7% nationally since 2008, while rates have increased over 30% in Michigan according to the group.

A national retail choice advocacy group, COMPETE, expressed concern that the key draft report failed to reflect the factual record in support of Michigan lifting its arbitrary limits on customer choice and retail competition and was weighted against expanding choice.

A group that opposes lifting the cap is also active. The Michigan Jobs & Energy Coalition was formed to ensure that Michigan’s energy policies safeguard the state’s energy future. In 2010, the electric power industry in Michigan represented $11.7 billion in direct investment and supported $4 billion in additional economic activity. They embrace and support three fundamental goals for energy policy:

About the author: Bill Malcolm is an energy economist with extensive experience in the energy industry having worked for PG&E, ANR Pipeline, and MISO in the area of state regulatory affairs and rates. He currently does volunteer work with Hoosiers for Passenger Rail and is a columnist for The Broad Ripple Gazette. He also writes “RTO Watch” and “Commission Corner” in The Cruthirds Report, a Houston-based energy newsletter covering the mid-Continent. Contact Bill at Bill Malcolm@gmail.com.

Enerdynamics was formed in 1995 to meet the growing demand for timely, dynamic and effective business training in the gas and electric industries. Our comprehensive education programs are focused on teaching you and your employees the business of energy. And because we have a firm grasp of what's happening in our industry on both a national and international scale, we can help you make sense of a world that often makes no sense at all.
View all posts by Enerdynamics →
This entry was posted in Electricity and tagged Consumers Energy, Electric Markets, Electric Prices, Electricity, Electricity Markets, Energy Costs, Energy industry, Energy Regulation, Energy Training, Retail Choice. Bookmark the permalink.