Is Solar Plus Batteries Cheaper than Natural Gas Generation? 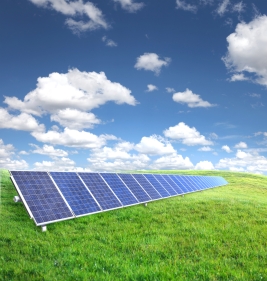 from NextEra Energy Resources for a 100 MW solar project combined with a 30 MW/120 MWh battery storage system. The all-in price is reportedly less than $45/MWh. Why is this news? Because TEP can purchase solar power, store it, and shift it to the system peak at significantly less than the cost of running a gas peaker. This begs the question: Are solar/battery combinations poised to displace gas peakers as a resource for meeting system peak demands? Below are some key discussion points that may help answer this question.

[1] For an explanation of how it may be possible for the low PPA price to work, and also for what the price might be without subsidies, see Utility Dive, How Can Tucson Electric Get Storage + Solar for 45¢/kWh?

Enerdynamics was formed in 1995 to meet the growing demand for timely, dynamic and effective business training in the gas and electric industries. Our comprehensive education programs are focused on teaching you and your employees the business of energy. And because we have a firm grasp of what's happening in our industry on both a national and international scale, we can help you make sense of a world that often makes no sense at all.
View all posts by Enerdynamics →
This entry was posted in Electricity and tagged Battery Systems, Renewable Energy, Solar Power, Solar PV. Bookmark the permalink.