Utility Commissions Speak on the Future of the Utility: The Future Hawaiian Grid

Much discussion lately has focused on the future of the electric utility. Some believe that 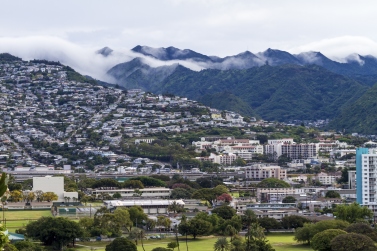 utilities won’t change much despite all the hype, while others fear a death spiral will result in the failure of utilities. And others envision a transition to new business models centered on network-only companies or robust energy services companies.

Everyone recognizes that regulated utilities can’t make preparations for the future without the support and consent of their state regulatory commissions. Lately in California and Hawaii, the commissions have formally shared their views of the future. This week and next on our blog we will explore the Hawaii Public Utilities Commission’s thoughts. In a later blog post we will look at thoughts from the California Public Utilities Commission.

In Hawaii, the Commission recently rejected the Hawaiian Electric Companies (HECO) Integrated Resource Planning (IRP) filing. In rejecting the filing, the PUC stated that the IRP appeared to be a series of unrelated capital projects without focus on moving toward a sustainable business model. To support its concerns, the PUC released a 30-page exhibit titled “Commissions Inclinations on the Future of Hawaii’s Electric Utilities: Aligning the Utility Business Model with Customer Interests and Public Policy Goals”[1].

In the Exhibit, the PUC notes that “Hawaii has already entered a new paradigm where the best path to lower electricity costs includes an aggressive pursuit of new clean energy sources.”  This is because renewable energy is now cheaper than the state’s existing fossil fuel-based supply.

The PUC goes on to say that the objectives of lower stable electric bills, expanded customer energy options, and reliable energy service in a rapidly changing system operating environment are essential principles for the future strategic business direction of the utilities. The PUC then provides guidance for future business strategy in three areas of generation, transmission and distribution, and regulation.  This article explores the first two.  Next week we will look at regulation.

According to the Commission, HECO should:

Steps HECO should take include:

So given what the Commission wants the Hawaiian electric grid to become, how do they intend to make it happen?  We will explore that next week in our discussion on regulation.

Enerdynamics was formed in 1995 to meet the growing demand for timely, dynamic and effective business training in the gas and electric industries. Our comprehensive education programs are focused on teaching you and your employees the business of energy. And because we have a firm grasp of what's happening in our industry on both a national and international scale, we can help you make sense of a world that often makes no sense at all.
View all posts by Enerdynamics →
This entry was posted in Electricity, Renewables and tagged electric business, Electric distribution, electric generation, Electric power transmission, Electric Utilities, Public Utility Commission, Transmission and Distribution. Bookmark the permalink.

2 Responses to Utility Commissions Speak on the Future of the Utility: The Future Hawaiian Grid