Why the Only Super Bowl Outage Was the Broncos’ Play

Flash back to one year ago and many post-Super Bowl articles started like this one from CBS: “A power outage at the Super Bowl put the nation’s biggest sporting event on hold for more than a half-hour Sunday, interrupting an otherwise electric, back-and-forth 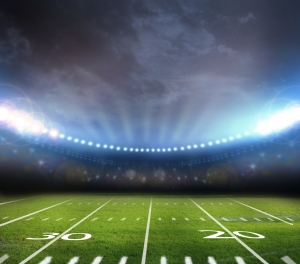 This year, the articles (sadly, given that Enerdynamics is headquartered in Colorado) all focused on the dominance of the Seattle Seahawks. Few gave a thought to the fact that the power stayed on throughout the game. Here’s a look at the behind-the-scenes efforts that ensured MetLife Stadium would not have a repeat headline-grabbing power outage[2].

During a normal Giants or Jets game, the stadium has a demand of about 12 MW.  But for the Super Bowl, 18 MW was expected. The New Jersey Sports and Exposition Authority that runs the stadium and Public Service Electric & Gas (PSE&G) that serves the stadium with electricity spent over a year preparing to reliably serve the electric demand.

Prior to upgrading, the stadium was served by two 12 MW feeders. Since both would need to be in use to serve 18 MW, and there would not be sufficient capability to serve 18 MW if one line failed, PSE&G brought in a third feeder. And in the event that a service transformer failed, PSE&G located a backup mobile transformer within a mile of the stadium.

The substation was upgraded, and then, in attempt to avoid the problem that occurred last year in the Superdome when a relatively new piece of equipment failed, all equipment was checked extensively. A consulting firm was brought in to shoot infrared images of all internal wiring, and the whole stadium was run at expected Super Bowl levels of demand during a staged test in October. Minor issues identified were addressed following the test, and, as we now know, everything worked as planned.

But does that mean that PS&G and the Stadium Authority were sure the power was not going to go out during the game? Absolutely not, it simply means that they did what they believed practicable to reduce the probability of an outage. As University of Pittsburgh energy engineering expert Dr. Gregory Reed told the Associated Press:

“You can certainly put in more redundancy, but you can’t back up 100 percent (of) the entire load (or) infrastructure of every single wire, every single cable of every transformer in a network because it’s impractical from a cost point of view. You can do what you can using good engineering judgment on reducing the risk of an outage but you can’t guarantee it 100 percent. Anything can happen. When it does, then you have to be prepared to react to it.”[3]

So now we know how the probability of a power outage at MetLife Stadium was reduced through careful effort. And if you are expecting me to also explain why the Broncos had a game-long power outage, you are reading the wrong article. More than a week after the game, I still find it totally inexplicable!

[2] For discussion of why the outage occurred in New Orleans, see “How Could the Lights Go Out at the Super Bowl?” at https://blog.enerdynamics.com/2013/02/11/how-could-the-lights-go-out-at-the-super-bowl/

Enerdynamics was formed in 1995 to meet the growing demand for timely, dynamic and effective business training in the gas and electric industries. Our comprehensive education programs are focused on teaching you and your employees the business of energy. And because we have a firm grasp of what's happening in our industry on both a national and international scale, we can help you make sense of a world that often makes no sense at all.
View all posts by Enerdynamics →
This entry was posted in Electricity and tagged electric outage, Electric Reliability, Electric Utilities, Electricity Training, Power Outage, Super Bowl power outage. Bookmark the permalink.