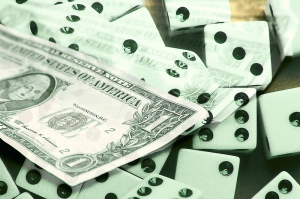 According to President Obama, the CEO of J.P. Morgan is “one of the smartest bankers we got…and they still lost $2 billion and counting.”  Of course, we’ve heard this story before: the collapse at Enron despite being the “smartest guys in the room”; Amaranth Advisors that lost $6 billion in the natural gas markets[1] in 2006; and the largest bankruptcy filing in U.S. history by Lehman Brothers.  How can this keep happening, and what does it mean for the energy industry?

Since the deregulation of wholesale markets, trading has been part and parcel of participation in electricity and natural gas markets.  Any energy of company of much size in the U.S. and Europe either has a trading floor or outsources trading to third-party organizations (such as J.P. Morgan).  And since energy companies are buying and/or selling large volumes of energy products, they are subject to risk.  Indeed, in our classes, we teach that you can’t understand the energy industry without understanding risk management.

But even actions taken solely for the purpose of hedging risk can result in significant losses if circumstances go the wrong way. Risk is managed through use of models that are designed to evaluate the aggregate corporate risk of commodity movements under “normal conditions.” The basic model used is called Value at Risk or VAR.  To quote our book Understanding Today’s Electricity Business: “VAR can be described as an estimate of a portfolio’s potential for loss due to market movements, using standard statistical techniques and an estimate of future volatility.”[2]

So the question we need to ask is what happens when:

The answer is that losses can far exceed the VAR level.  Risks are commonly hedged by investing in derivatives tied to indices that historically have moved in correlation to the market position being hedged.  But if this correlation breaks down, the hedge no longer works.

According to a published report by Reuters, VAR for one division of J.P. Morgan swung significantly depending on which of two competing VAR models was used.[3]  And this uncertainty may have masked the true risk that J.P. Morgan was taking on. Another story by Risk Center suggests that J.P. Morgan’s models failed because the volumes the bank traded far exceeded the historical trading volumes for the involved financial derivatives. This signaled the market that something was going on, resulting in trading activity that changed the historical correlations between different indices used by J.P. Morgan in their deal structures.  This invalidated the risk model’s results opening J.P. Morgan up to large losses.[4]

In our classes, we end our discussions of risk management with the following visual: 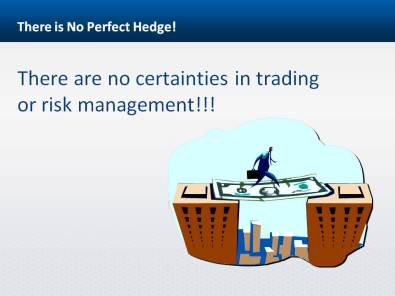 And in today’s complex energy business, companies involved in trading must continually strive to protect against the risk of large losses. But some won’t always be successful, and we will periodically see history repeat itself.

Enerdynamics was formed in 1995 to meet the growing demand for timely, dynamic and effective business training in the gas and electric industries. Our comprehensive education programs are focused on teaching you and your employees the business of energy. And because we have a firm grasp of what's happening in our industry on both a national and international scale, we can help you make sense of a world that often makes no sense at all.
View all posts by Enerdynamics →
This entry was posted in Electricity, Natural Gas and tagged Commodity Trading, Electric Markets, Energy Education, Energy industry, J. P. Morgan, Natural Gas Markets, Risk management, Value at risk. Bookmark the permalink.